The government advice on safely managing the risks of COVID-19 mean that we have decided to postpone the Whitmore lecture, which was to be given by Justice Virginia Bell.  Justice Bell has agreed to giving the lecture later in the year.  We will let you know the new date when we can. Thank you for your understanding.

The NSW Chapter of COAT is delighted to announce that Justice Virginia Bell will be delivering this year’s Whitmore lecture on 6 May 2020.  Justice Bell will be honouring the legacy of  Professor Harry Whitmore by reflecting on the work of Tribunals in the Australian legal system.  The lecture will be held at the  Law Courts Building, Queens Square. 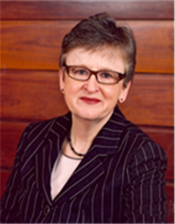 Justice Bell was appointed to the High Court of Australia on 3 February 2009. She had previously been a judge of the Supreme Court of NSW since March 1999, first in the Common Law Division and then, from early 2008, in the Court of Appeal. She graduated from the University of Sydney with a Bachelor of Laws in 1977. After seven years as a solicitor with the Redfern Legal Centre, she was admitted to the New South Wales Bar in 1984 and was appointed senior counsel in 1997. Justice Bell practised as a public defender between 1986 and 1989 before returning to the private Bar. Between 1994 and 1997 she was a counsel assisting the Royal Commission into the New South Wales Police Service.
She served as president of the Australian Institute of Judicial Administration from 2006 to 2008 and was Chair of the University of Wollongong Faculty of Law Advisory Committee from 2007 to 2008. From 1998 to 1999, she served as a part-time Commissioner of the NSW Law Reform Commission. On 26 January 2012, Justice Bell was appointed a Companion of the Order of Australia for “eminent service to the judiciary and to the law through leadership in criminal law reform and public policy development, to judicial administration, and as an advocate for the economically and socially disadvantaged.”

Bookings are closed for this event.

Please be advised that photographs and/or audio and video recording may occur at events organised by COAT for use on our website, marketing materials and publications. By entering a COAT event, you consent to COAT photographing or recording and using your image and likeness. This may also be applicable at events not organised by COAT, but still advertised on this site.